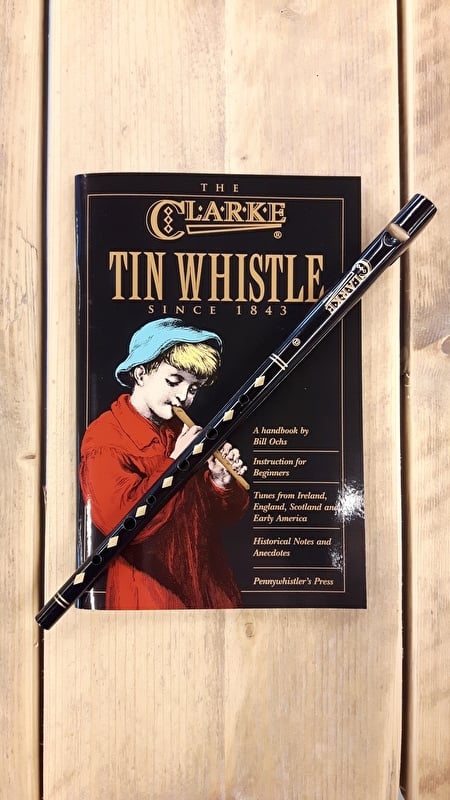 The 'Clarke Original Tin Whistle' is originally one of the oldest tin whistles, although the design has improved throughout the years. It was designed by Mr Robert Clarke, who became the inventor of what we today know as the tin whistle with his Clarke Original. It is available two keys: D major and C major. This instrument is suited for beginners. Comes with an 80-page study book and a CD.

At the bottom of the page you will find more information about in which keys you can play on each whistle.

How to play this tin whistle?

Which keys are easy to play in?

On a tin whistle you can easily and comfortably play in the following keys:

It is possible to play in different keys as well, but you would have to use more 'half notes' by covering half of the hole with your finger.