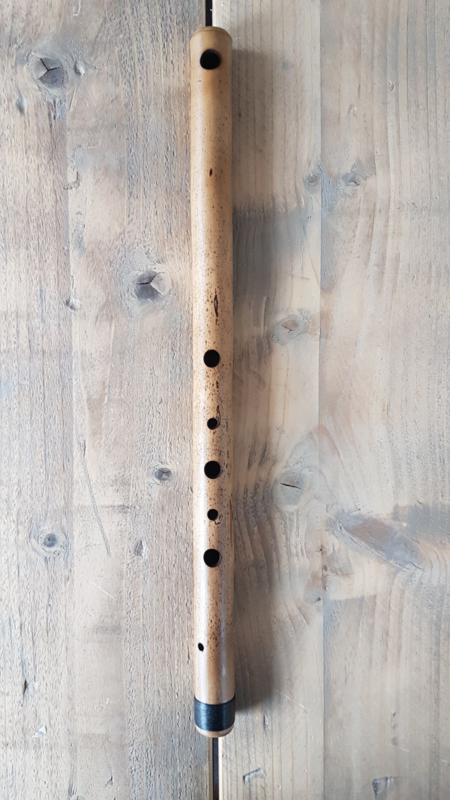 The Arabian flute, built by Erik the Flutemaker, is a rather unique instrument. The flute is fully made of bamboo. It is played like a western flute, blown from the side and held horizontally. Everything you play sounds great, it will have a very eastern / arabian melodic character to it because of the way it is tuned.

With a length of 48 cm, this flute is suited for people with medium to large sized hands. It has been tuned to itself, meaning that it doesn't correpsond with a regular instrument tuned to A440, but it sounds beautifully in tune when playing it on your own.