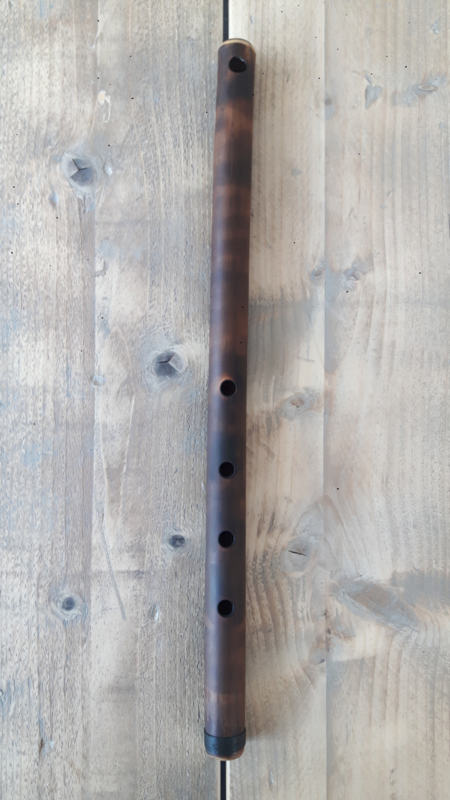 The Oriental Flute is a handmade flute, crafted by Erik the Flutemaker. It was inspired by the Japanese Shakuhachi, which is a difficult flute to play. Erik has made it side-blown so that it becomes easier to blow. The sound produced by this flute is very calming and meditative. It plays in the minor pentatonic scale. As it is a rather large flute it is not an appropriate instrument for children or people with small hands.

It is played like a western flute, blown from the side and held horizontally. It requires a little practice to get comfortable playing such an instrument. This flute is tuned to itself, meaning that it doesn't correpsond with a regular instrument tuned to A440, but it sounds beautifully in tune when playing solo.