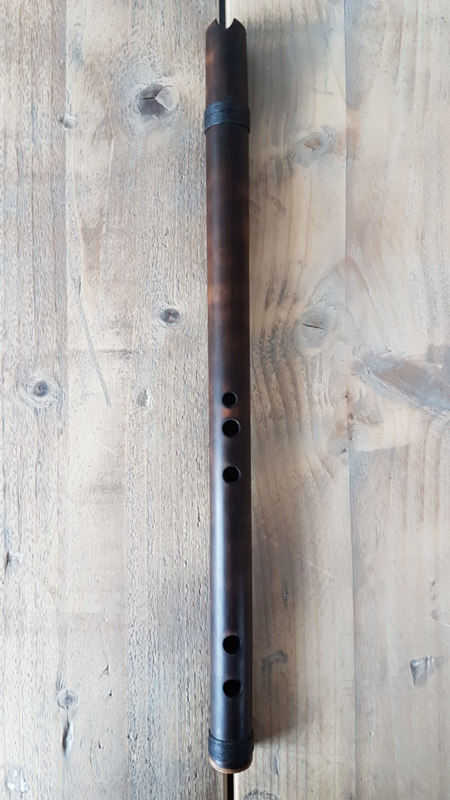 The End-Blown Kokin Flute, handcrafted from bamboo by Erik the Flutemaker, is a mysterious sounding end-blown flute with a Japanese character. It plays in a very exotic scale. The flute is held vertically. It requires a little practice to get comfortable playing such an instrument.

The Kokin Flute is tuned to itself, meaning that it doesn't correpsond with a regular instrument tuned to A440, but it sounds beautifully in tune when playing solo.