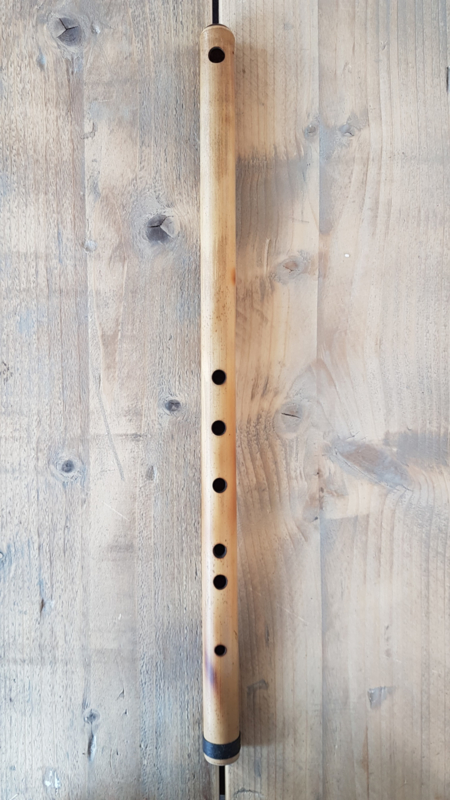 This handmade Low D Irish Flute has been crafted by Erik the Flutemaker. The flute is fully made of bamboo. It is played like a western flute, blown from the side and held horizontally. It requires a little practice to get comfortable playing such an instrument.

Because of it's large size this flute is not recommended for children and people with small to medium hands. This is a flute that's made to be played by someone with average to large hands! Even for a player with large hands it is recommended to cover the fingerholes with the second pad of the finger (around the middle of your fingers) to  get a bigger stretch, just like Indian Bansuri players do.