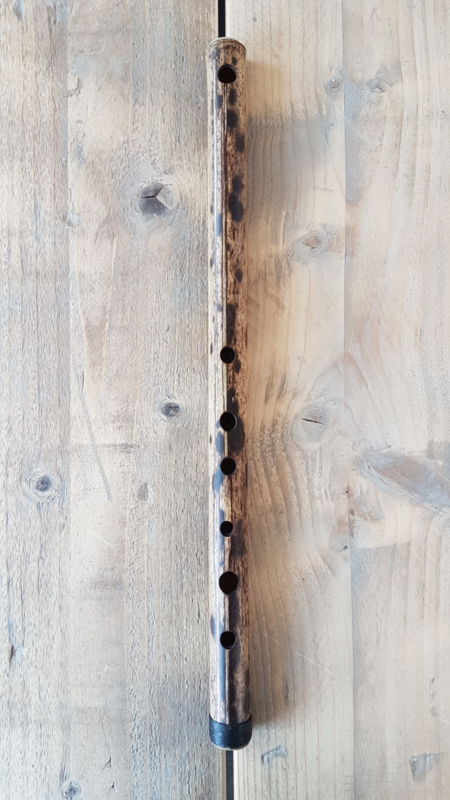 This handmade flute has been crafted by Erik the Flutemaker. The flute is fully made of bamboo. It is played like a western flute, blown from the side and held horizontally. It requires a little practice to get comfortable playing such an instrument.

This flute plays most comfortably in the F# major scale, but also in B major, Eb minor and G# minor. It is a great bamboo flute for someone who likes to play with other musicians.