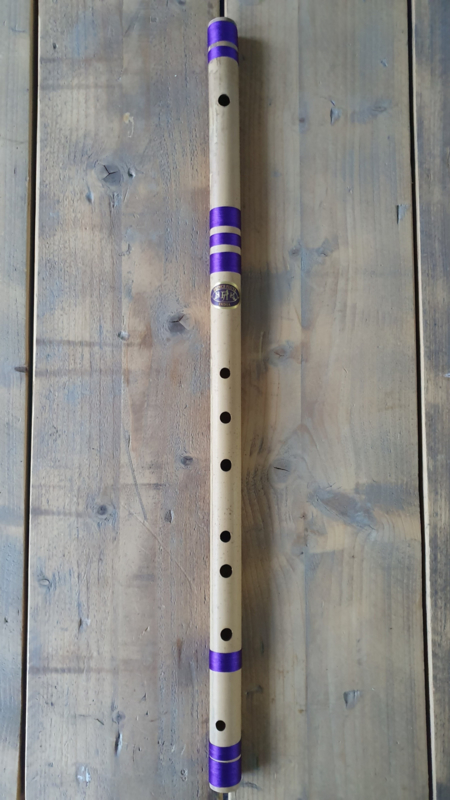 The largest and lowest sounding bansuri flute. Only recommended for people with large hands or experienced bansuri players.

It has six finger holes on top. It's tuned to E and plays in the major and minor scale. The flute is 80 cm long and is very tough to play for people with small hands. You play the E note by covering the three top holes. When you close all holes you play a B note. Therefore, in the western world we could say the flute is actually tuned to B. In effect, you can play in E major as well as in B major.