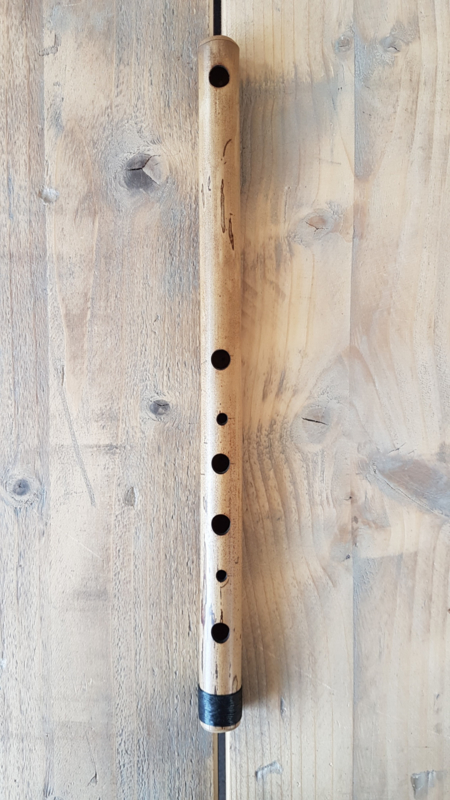 This handmade Vivaldi Minor flute has been crafted by Erik the Flutemaker. The flute is fully made of bamboo. It is played like a western flute, blown from the side and held horizontally. It requires a little practice to get comfortable playing such an instrument. The sound of the Vivaldi Minor reminds us of the Renaissance, as it is tuned to the harmonic minor scale. It sounds deeper and lower than its consort, the Small Minor, but it is higher pitched than the Counselor. This flute is tuned to itself, meaning that it doesn't correpsond with a regular instrument tuned to A440, but it sounds beautifully in tune when playing solo.