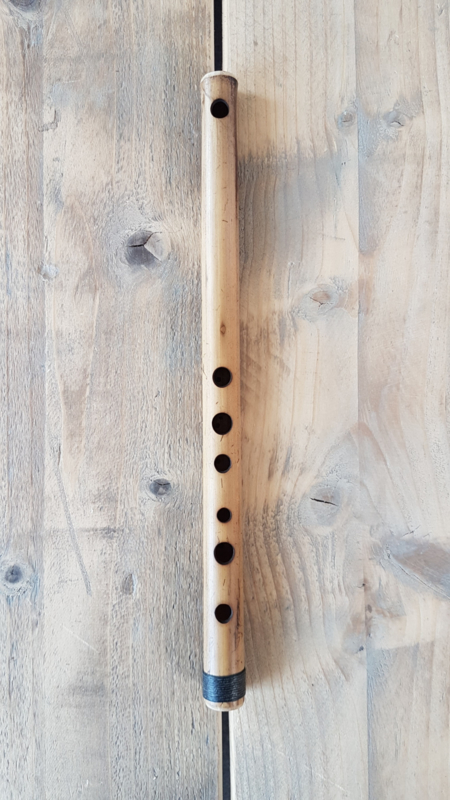 The Calypso Flute, made by Erik the Flutemaker, has a length of about 36 centimeters and is tuned to the major scale. It is a fun, 'island' sounding flute. Be sure to check the video to get a good impression of what this flute sounds like.

The flute is fully made of bamboo. It is played like a western flute, blown from the side and held horizontally. It requires a little practice to get comfortable playing such an instrument. This flute is tuned to itself, meaning that it doesn't correpsond with a regular instrument tuned to A440, but it sounds beautifully in tune when playing solo.