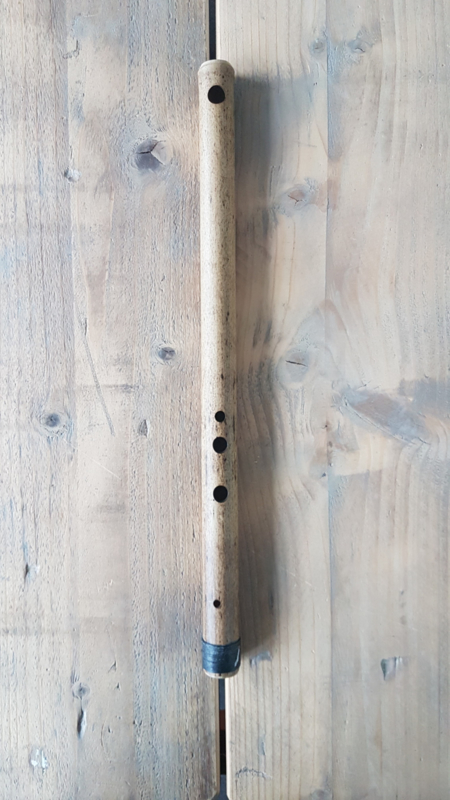 Here's what Erik the Flutemaker himself has to say about his new In-Sen flute:

In January of 2019 I was walking through an old shop and as soon as I stepped out of one room a dusty basket fell to the floor behind me. I turned around to see what had happened and inside that basket was an old flute that now lay on the floor. I picked up all the contents, retuned them to the basket and then dusted off the flute and played it. With this flute, I recorded the song below. I have made 4 copies of the flute to share.

It turns out that this flute has an ancient Japanese scale called "In-Sen", created by Yatsuhashi Kengyō, a blind Japanese musician and composer from Kyoto Japan, who was born in 1614. He adopted these notes to be played on the stringed Koto. Today he is known as the father of the Koto. Yatsuhashi died in 1685, but this flute lives on.

The In-Sen Flute is made from my home grown bamboo which came from Japan back in the mid 1880's. It is 16 inches long, it has a back hole and a pinky hole.