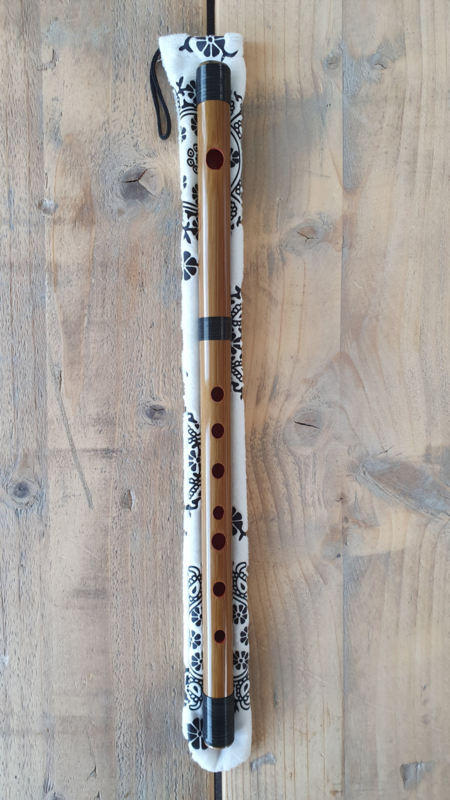 This Shinobue flute is of the Uta type, the most common type of Shinobue flute. Uta is also known as 'Song'. It is heard in Shinto music such as kagura-den and in traditional Japanese folk songs. The uta Shinobue is properly tuned to the Western major / minor scale, and can be played together with other musicians, or as a solo instrument in an improvisational setting.

The flute is fully made of bamboo. It is played like a western flute, blown from the side and held horizontally. It requires a little practice to get comfortable playing such an instrument.

This flute plays most comfortably in C major and D minor, and can play together well with an 1.8 Shaku (D) Shakuhachi.